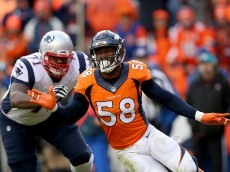 NFL teams gave a version of the franchise tag to 10 different players before Tuesday’s deadline. The tag comes in three forms—exclusive, non-exclusive and transition—and is used by teams to either keep a free agent off the market or control if the player is allowed to sign elsewhere. The one-year tender is valued using the average of […] There figures to be no shortage of suitors for defensive end Mario Williams, who was released by the Buffalo Bills in a salary cap move on Tuesday. According to 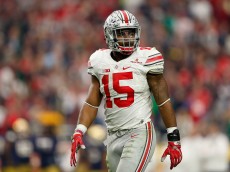 At least one prominent draft analyst believes Ohio State running back Ezekiel Elliott will be selected within the first four picks of the 2016 NFL draft. ESPN’s Louis Riddick, a former pro scout and NFL personnel executive, According to several league executives, the 2016 NFL draft is lacking star power. “There isn’t a special player out there,” one general manager said, via Brad Biggs of the Chicago Tribune. Another team executive said there are question marks about all the top players, including Ohio State defensive end Joey Bosa, Florida State defensive back […] Despite no confirmation either way from the Falcons, veteran receiver Roddy White remains confident he’s going to be playing in Atlanta for the 2016 season. “I’d bet every dollar I had that I’m going to be a Falcon,” White said, via the Atlanta Journal Constitution. White acknowledged he hasn’t “spoken to anybody” about his status […] Former Bills, Panthers and Colts general manager Bill Polian says that player safety trumps the clarification of what a catch is in the NFL. Polian, part of a six-person panel that was put together to help simplify the definition of a catch, told The Washington Post that players would lose some of their protection as […] Recently released defensive end Chris Long may soon find a new home with one of the NFL’s Super Bowl favorites. According to Peter King of MMQB.com, Long is already being “pursued aggressively by contenders” after the Los Angeles Rams cut him in a cap move last week. An eight-year NFL veteran, he is free to sign with […] 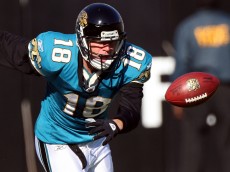 Watching the stocks of 2016 NFL draft prospects rise and fall this week will be like watching a ticker on Wall Street. The NFL Scouting Combine begins Tuesday at Indianapolis, and it’s a safe bet that a player or two will climb up draft boards because of his 40-yard dash time, number of bench-press reps or vertical […] That yawner of a Super Bowl is fading into the past and destined to get lost in the shuffle of Super Bowl memories. Now we can look at some games during the 2015 NFL season that were actually exciting. Each of the season’s 10 most memorable games were decided in the last two minutes or […] 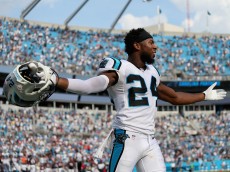 The Denver Broncos’ win over the Carolina Panthers in Super Bowl 50 capped off a postseason that included some unbelievable finishes, the ascendancy of the NFL’s new MVP, a dominant run of defense and potentially the final game of one of the greatest quarterbacks in league history. Here are the top five takeaways from the NFL’s 2015 postseason: […] Super Bowl 50 won’t go down as one of the best ever. At times, it was harder to watch than Puppymonkeybaby. Some of the best all-time Super Bowls have come in the last decade or so. There also have been some snoozers, however, and some Super Bowls that just weren’t great aesthetically. If you’re going […] 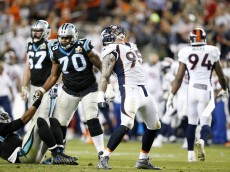 The Denver Broncos’ win over the Carolina Panthers in Super Bowl 50 will live on as one of the most dominant defensive performances in the game’s storied history. Pegged as an underdog against NFL MVP Cam Newton and the Panthers, Denver turned the tables by producing seven sacks, forcing four turnovers and holding Carolina’s top […] 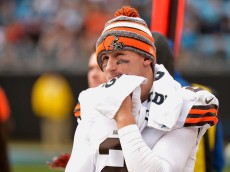 Besides Peyton Manning, Cam Newton and Coldplay with a dash of Beyonce and Bruno Mars, Johnny Manziel’s name rang the loudest surrounding the 50th Super Bowl. Or is it Johnny Football? Apparently Coldplay, though tasked with playing the biggest Super Bowl halftime performance of all time, wasn’t exactly in the loop about all things Johnny […] 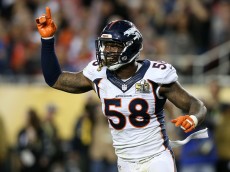 The Denver Broncos used a dominant defensive performance to upset the Carolina Panthers and win Super Bowl 50 on Sunday night from Levi’s Stadium in Santa Clara. Here is the best and worst from Super Bowl 50: Best Defensive Coordinator Wade Phillips Phillips’ Broncos defense capped off a historic season with one of the most […]

Wunderdog.com provides sports picks at the highest level. Sign up & receive free NFL picks from www.freenflpicks.net. A cool place to make your picks is www.sportsplays.com.

Knicks would rather win games than develop young talent